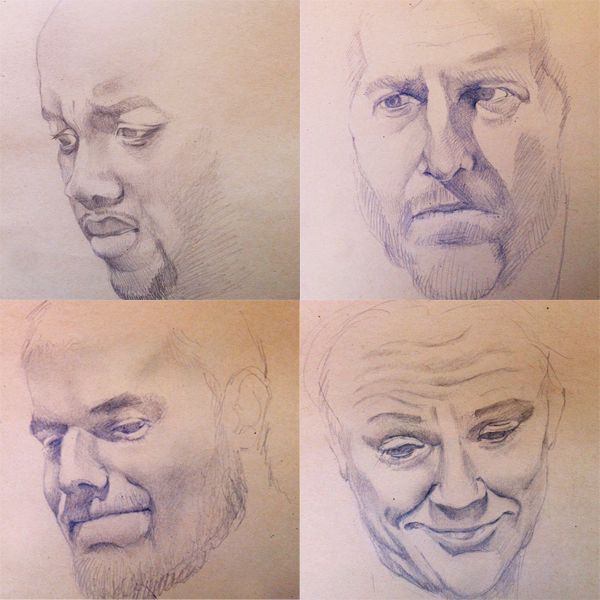 Sadness usually contains agony. When people experience sadness, there are also feelings of loss, pain, disappointment, or fear included at the same time. These emotions are expressed through subtle movements in the facial muscles.

The expression of sadness can be verified when all of the facial parts seem to descend with the weight of sorrow. This could be shown by a gesture of the head hanging, or by the sinking of facial muscles.

This paper features four examinees with different types of sadness in their faces. They appear in a hidden camera video that was created during a social experiment by The State United to Prevent Gun Violence. This article will go over several drawing techniques that convey these emotions.

They enter a fake gun shop that was built for an experiment in New York City. Every gun in the store has its own history that involves murder. The customers are told violent stories that go along with each specific gun. 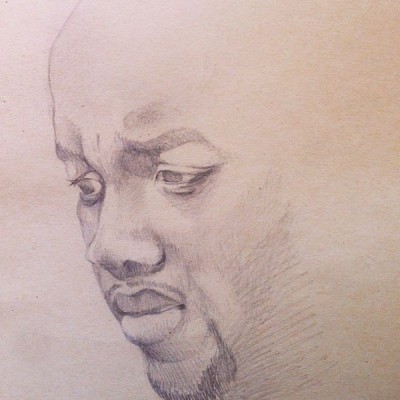 The male who appears in time 2:07 has almost a pure expression of sadness in his face. The angle of his head and his eyes are both dropped. Also, there is a slight feeling of anxiety, and some fear mixed together. 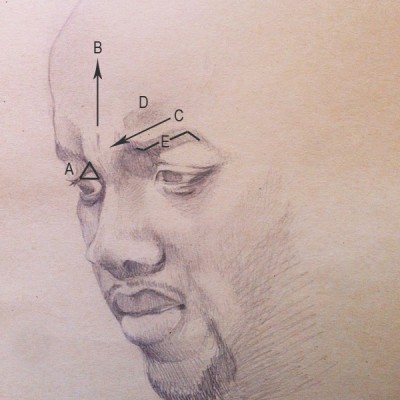 The first act that has to be described is the triangle shape of the upper eyelids that is created when the brows are raised (A). It appears when the Frontalis pulls up the forehead (B), and the Corrugator Supercilii contracts and pulls down to the medial section in the opposite direction (C). This is the first sign of the beginning stages of sadness. Next, a shadow appears above the brow, because the Corrugator Supercilii creates a small crease when it is pulled down (D). This is an important gesture to learn when you are drawing the face of sadness. There is evidence of mixed emotion as well. Anxiety or fear is shown in a warping of his brow (E). 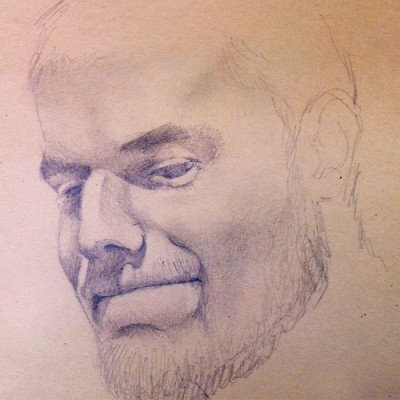 Now, in sample 2, let’s pay attention to the mouth. This type of tightened mouth is only shown when people are unconsciously trying to hold back their feelings, or when they show a firm determination. In this scene, the former is indicated.

*A similar tightened mouth is also shown in the anger emotion. Here, the corners of the mouth would come down, as the center of the mouth pushes up.

The muscle Risorius contracts and yanks the corner of the mouth (A) that makes the lip line horizontally straight. Then, the Orbicularis Oris creates firm lips that cause the skin underneath to stretch and become rounder (B). The shade (C) proves that the Mentalis has contracted. Therefore, the important bulge in the mouth of sadness looks like an island (D), and the entire lower mouth puffs up in a small sausage-like shape (E).

His mouth is in a controlled posture, but his eyes are clearly dropped, which means that a feeling of sadness is hidden deeply inside of him. Soon, he goes into a depression and his entire head and body drop. 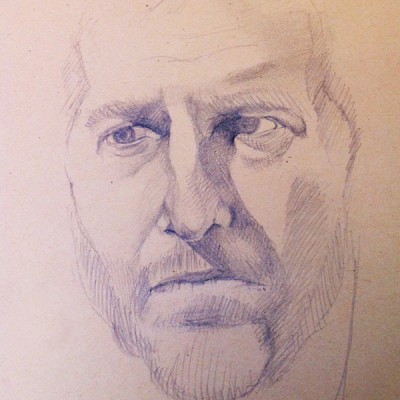 There is only a split-second moment that clearly captures the sad facial expression of the subject in the sample 3 video. Right after he shows this face, his head and body move back like he wants to escape from the tragic story that is being told by the employee. There are two visual characteristics in sample 3: the eye and eyebrow sadness (like in sample 1), and the drooping of facial skin that shows that the subject could not bear the weight of sorrow. 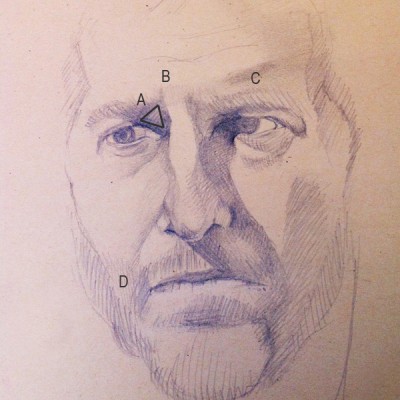 A very subtle triangle shape can be seen that is caused by the lifting of brows (A). A wrinkle that is created with frowning (B), and a crease that was caused by an action of the Corrugator Supercilii are shown (C). Except for these, there is no other specific movement in his face. However, an overall drooping of the entire facial structure cannot be missed. When sketching this sample, draw the droopy skin of the cheek and the narrowing corners of the mouth to depict this micro expression of sadness. 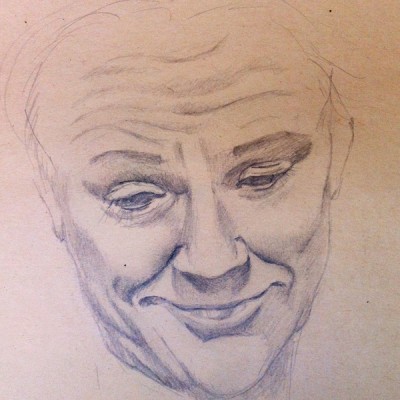 People show a complicated smile when they are placed in an awkward situation. In this subject’s face, we can see a mixture of the emotions of sadness and happiness. This expression is shown when a person is trying to hide their actual feelings, or trying to remember a bitter experience from the past. In this case, she must be trying to hide her deep sadness behind the veil of an awkward smile.

Sometimes it is hard to find out if the person is laughing or crying. It is because the lips are pulled to the side and the skin gets tighter in both emotions; but a clear difference is shown the angle of the corner of the lips, and how Orbicularis Oculi muscle acts. 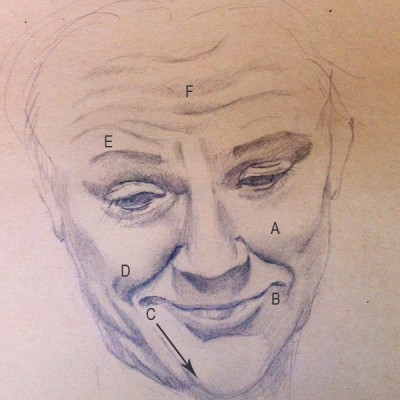 Fake smile: A Moment Before the Sadness

The muscle that creates smiley lips is called the Zygomaticus Major. When someone smiles, it gets round and puffy (A). The lips appear to be in a smiley “V” shape, but the corners of her lips show a sudden descent of the angle (B). This proves that the Depressor Anguli Oris pulls the corner down to control the false smile (C). When sketching a stifled smile that contains sadness, use the line that is created by Depressor Anguli Oris to resist the risen of the corner of lips.

The Flattering smile is used to pacify an awkward situation.

In this case, a dimple has been created because one side of her mouth has strained and became higher than the other side (D). Usually, this means contempt. However, this is a flattering smile in an awkward situation because we can see a warped brow (E) and a several wrinkles in forehead (F) at the same time.

Watch the source “Guns With History”

Artistic Facial Expression Analysis: When The Heart Is Touched By Happiness